George Orwell’s 1984 is such a well-rubbed thing that there isn’t much left to say about it. It’s also a much-abused thing, the Bible of oath for fear mongers everywhere and university slicks goading their hordes of vacant-eyed activists.

So let’s step back a little, take a swig of that Victory Gin and let the juniper swallow the swill. END_OF_DOCUMENT_TOKEN_TO_BE_REPLACED 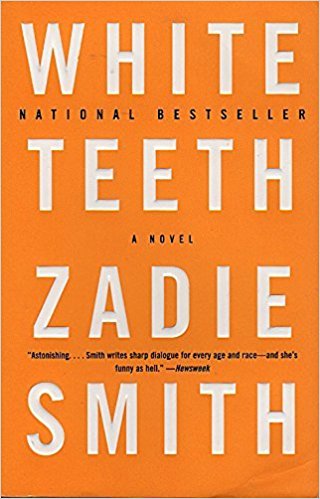 The Iqbals: Samad and Alsana and their twin sons, Magid and Millat.
The Joneses: Archie and Clara and their daughter, Irie.

White Teeth is the story of these two families, brought together by a wartime bond as solid and true as Clara’s set of pearly whites, a set that she pops out every night. END_OF_DOCUMENT_TOKEN_TO_BE_REPLACED

Buckley puffs out the talking points of both sides in the tobacco wars, and the result is ludicrous and delightfully incorrect in this day of safe spaces – thank YOU for daring, Mr. Buckley. 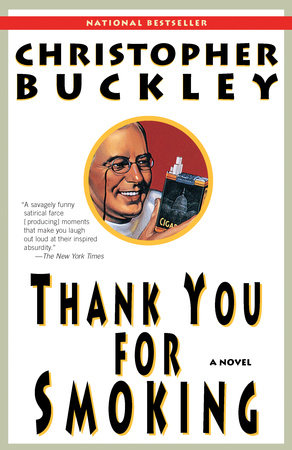 Nick Naylor is the PR guy for Big Tobacco in Christopher Buckley’s Thank You for Smoking, a laugh-out-loud satire that’s funny because it’s true.

END_OF_DOCUMENT_TOKEN_TO_BE_REPLACED

Orhan Pamuk’s Snow begins as a novel that had a good shot at feeding the intellect but instead contorted itself into a soap opera complete with convenient fixes for its weaknesses.

A political coup that manipulates the theater to confuse and gain power? A string of suicides inspired by Turkey’s uncertain position on the East-West divide? An exiled poet who just might find enlightenment in the forsaken streets of his home town? Pamuk’s writing in Snow (originally published in Turkey as Kar) is too placid for the story he wanted to tell. We read the few moments of heightened drama in this novel in a detached way, as if we’re too tired to keep our eyes open and our brains can’t hold onto the words we’re reading: we just don’t care.  END_OF_DOCUMENT_TOKEN_TO_BE_REPLACED