Ivan Ilyich is a comer. Promotion after promotion, he’s making a steady climb in the government. And though each promotion is accompanied by extra roubles, he and his wife are in constant straits. With each rise in status, they’re moving in ever more opulent circles. 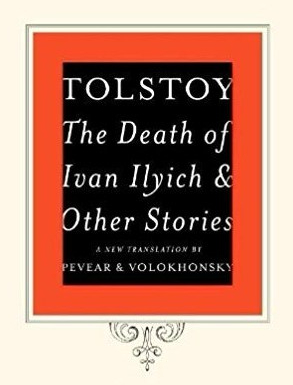 To Ivan it’s a headache. To Ivan it’s fakery. To Ivan…well, it was the same as with all people who are not exactly rich, but who want to resemble the rich, and for that reason only resemble each other.

Like much of his work, Leo Tolstoy’s The Death of Ivan Ilyich snubs affectation in all its guises. With  Ivan Ilyich though, this putting on of airs is a suffocation when time is running short. Ivan Ilyich is dying, so please will you stop pretending?