Orhan Pamuk’s Snow begins as a novel that had a good shot at feeding the intellect but instead contorted itself into a soap opera complete with convenient fixes for its weaknesses. 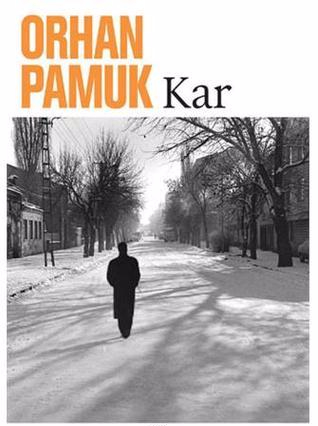 A political coup that manipulates the theater to confuse and gain power? A string of suicides inspired by Turkey’s uncertain position on the East-West divide? An exiled poet who just might find enlightenment in the forsaken streets of his home town? Pamuk’s writing in Snow (originally published in Turkey as Kar) is too placid for the story he wanted to tell. We read the few moments of heightened drama in this novel in a detached way, as if we’re too tired to keep our eyes open and our brains can’t hold onto the words we’re reading: we just don’t care.

It doesn’t help that Pamuk recycles the climax of his novel. Nevermind that this generates an enormous plot hole as well (would anyone venture to attend a second performance by the same theatrical group and at the same theater when the first, two days prior, was a massacre?) The people of Kars must truly be bored or stupid. Or maybe they, too, just don’t care.

For a theatrical coup, read Dostoevsky’s Demons instead. You’ll be much rewarded.

Pamuk, despite holding the Nobel prize for literature, comes off as a very nervous writer with Snow. He explains too much. He draws attention to his novel’s faults. He pushes up against the boundaries of politics and romance only to decide in the final moment, just as we feel as though we’re finally about to read something good or something new or something that will break the monotony, that he ought to pull back and not just pull back but apologize for going as far as he did.

Pamuk’s writing turns lazy halfway through this 460-page novel. His characters, already bland, are no longer given much consideration. Even the formerly sad and spent Turgut Bey, who had a formal, proud demeanor left over from his political days, turns jocular and casual in his interactions. He ends up sounding like the dad in a sitcom.

Even his premise gets buried. Snow abandons its political-philosophical drive and picks up as a cheap romance worthy of daytime TV. Turgut Bey, who in fear refused to leave his hotel because of his unpopular politics, is quite easily persuaded to do so – in the middle of a military coup and to meet with Kurdish nationalists and political Islamists no less. This maneuvering seems contrived for the purpose of allowing Ka, Pamuk’s exiled poet and protagonist, and his flame İpek, Turgut Bey’s daughter, to make love at last. Pamuk can’t even pull this off: we’re blasted with pornographic inspiration and yet the sex still comes out timid, awkward and sterile.

The love itself between Ka and İpek feels superficial. Ka grovels for affection and needs validation at every turn. His incessant questioning of İpek, “Is it beautiful?” as he reads his poem to her is the same grating question of an adolescent during his first romp with a woman. At least İpek comes close to reality when she comments that, for some people, it takes longer than two days to fall in love.

Snow had some promise in the beginning. It had an interesting premise that could have provided some opinion on the meeting of politics and art in a country that has so many contentious perspectives. The first chapters of Snow are well-written with imagery that blends well Pamuk’s theme and purpose. His characters haven’t yet turned flimsy.

It’s a steady descent when the poetry starts. Pamuk includes them as transcendent moments for Ka, but he leaves his readers in the dark as to how these poems actually read. The excuse is that Ka’s notebook was lost or stolen by political rivals. We feel excluded as from a private joke and, frustrated, roll our eyes with each new flurry of inspiration Ka feels as he gives into every masturbatory impulse to write a poem.

And so we have nothing to do but wait for him to finish. I imagine his military escort must be a patient man to oblige Ka in stopping at a tea house so that Ka can get his poetic release.

Ka is insufferable, and he becomes even more so when Pamuk parades him about as a special snowflake. No, seriously: as if including an actual diagram of a snowflake weren’t already too much, Pamuk felt compelled to further explain that “[…] individual existences might look identical from afar, but to understand one’s own eternally mysterious uniqueness one had only to plot the mysteries of his or her own snowflake.”

Why even include  Ka’s poetic inspirations – and an index of his poems, complete with a notation of in which chapter he writes them – if the poems themselves are not printed? It’s as if Pamuk wanted to write about poetry, realized he had no talent for it, but was too wedded to the idea and so went ahead with it anyway.

As the poetry becomes more frequent, the discussions surrounding politics and religion grow weaker. Snow has been likened to Dostoevsky’s novels. A bold statement, but with the difference that Dostoevsky had stories to tell; Pamuk’s novel has only philosophy and not very exciting philosophy at that. The characters are taken up with exchanging empty words, and only rarely do these exchanges stimulate. Where Dostoevsky wrote with minute distinctions and gave his characters every gradation of emotion, Pamuk is quiet in every word and broad with his characters’ philosophy – there is none of that mental wringing-out that leaves you exhausted but refreshed as with Dostoevsky. It’s too easy with Pamuk. Again, read Demons instead.

Pamuk’s narration is also uncertain of its perspective. A former friend of Ka’s is the one telling the story. His excuse for knowing so much of Ka’s visit to Kars four years ago is that Ka wrote everything down in detail. Apparently Ka inhabited the hearts of other characters because we’re privy to their emotions as well as Ka’s. Interesting, too, that unlike the notebook with Ka’s poetry in it, this one was not lost or stolen though more so than any poetry it could implicate a number of people for their crimes.

His theme, too, becomes more forced as the novel struggles onward. The snow that opened the novel was a natural backdrop thematically; unobtrusive and believable as a representation of God, religion and life’s mystery, it quickly is beaten into us by little more than Pamuk’s bald references to it as if he had forgotten that his novel is titled Snow and he must squish his theme in whenever he remembers to do so.

At least by novel’s end we return to the original premise and drop the contemporary romance/sitcom feel. Unfortunately Pamuk doesn’t tie things up here either.

We know from the beginning that Ka is dead, shot in a Frankfurt street four years after the events recounted in Snow. Pamuk doesn’t reveal who shot him and his narrator’s suppositions as to who shot him are weak, mostly because we’re still wondering by novel’s end whether Ka was as famous as Pamuk initially suggested. All we learn is that Ka was shot, nothing else. Probably it was snowing.